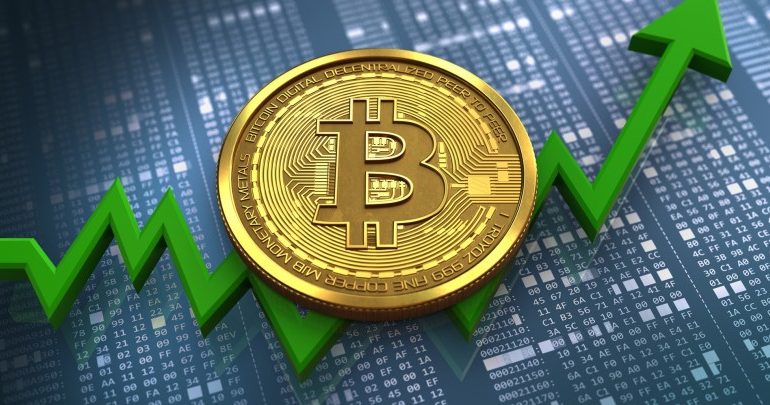 Bitcoin could simply become a global asset. This is according to Larry Fink, the head of the world’s largest asset manager BlackRock. During a conversation with the former Governor of the Bank of England, Mark Carney, Fink mentioned that in recent times, Wall Street became interested in Bitcoin.

Bitcoin Could Become a Global Asset
After Bitcoin surpassed its previous all-time high, Larry Fink commented that Bitcoin could become a global asset. He stated that although Bitcoin was able to attract a large number of investors, this asset represents a small market compared to others. He then mentioned that virtual currencies could evolve into a global market asset.

He then shared with Mr. Carney that Bitcoin experiences large daily fluctuations. This is because it is still a thin market. However, he said that it could possibly become a global asset. These comments come from BlackRock CEO. The company is currently overseeing around $7 trillion in assets across a wide range of financial markets.

This is not the first time that recognized hedge fund managers show their interest in Bitcoin. In the past, Paul Tudor Jones and Stanley Druckenmiller talked positively about Bitcoin and the crypto market.

Due to the large amount of support received by Bitcoin throughout 2020, we were able to see new all-time highs for the digital currency. Bitcoin surpassed $19,800 a few days ago and it remains relatively close to these levels despite retracing. At the time of writing this article, Bitcoin is being traded around $18,850 and it has a market capitalization of $346 billion.

Other virtual currencies have also reacted positively to Bitcoin’s recent expansion. Ethereum (ETH), XRP and Litecoin (LTC) are now the four largest cryptocurrencies in the world (excluding Tether). In the future, we could see these coins moving higher and reaching new highs as well.

Just this year, bitcoin was able to register 170% in gains despite the expansion of the Coronavirus. It is worth mentioning that in March this year, Bitcoin fell to $3,800 for a brief period of time. A few months later and after its halving event, Bitcoin reached $19,800.