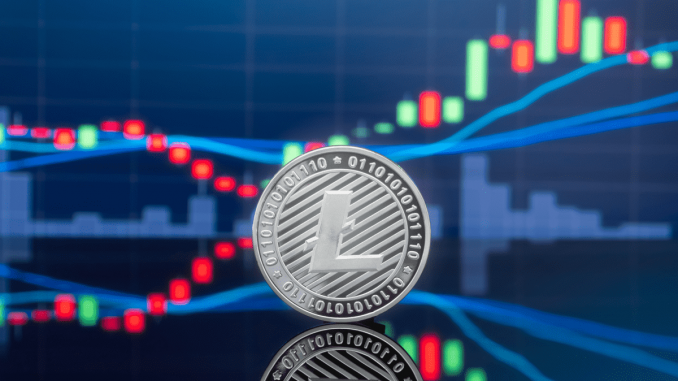 Litecoin price hit a barrier marginally under $80 following a 23% spike in just two days. The sixth-largest cryptocurrency retreated to establish and confirm support between $68 and $70. A reversal is underway, and Litecoin seems poised for another breakout to $80.

The current trend is bullish after the initial support mentioned above encouraged more buyers to hold ground. An increase in trading volume suggests that volatility could continue to swing in the bullish direction.

Meanwhile, Litecoin is trading at $74.4 amid a developing bullish momentum. A step above the immediate key resistance at $75 might boost the price even further towards $80. The upward moving simple moving averages also validate the uptrend and reinforce the bullish control over the price.

Despite the bullish outlook, a zoomed out 4-hour chart reveals an ascending wedge pattern. These patterns are common in technical analysis and highlight a decreasing buying pressure and a potential correction. If Litecoin is rejected at $75 or the recently traded monthly high of $77, losses likely to come into the picture could revisit the 50 SMA at $65.

Simultaneously, IntoTheBlock’s IOMAP model shows that Litecoin is heading into a region of immense resistance between $75 and $76.6. Here, about 52,800 addresses had previously bought roughly 2.1 million LTC.

On the flip side, the technical support between $68 and $70 has been confirmed by on-onchain metrics. In other words, Litecoin might stay in the range between $68 and $75 a while longer before a significant breakout takes place, which calls for consolidation.