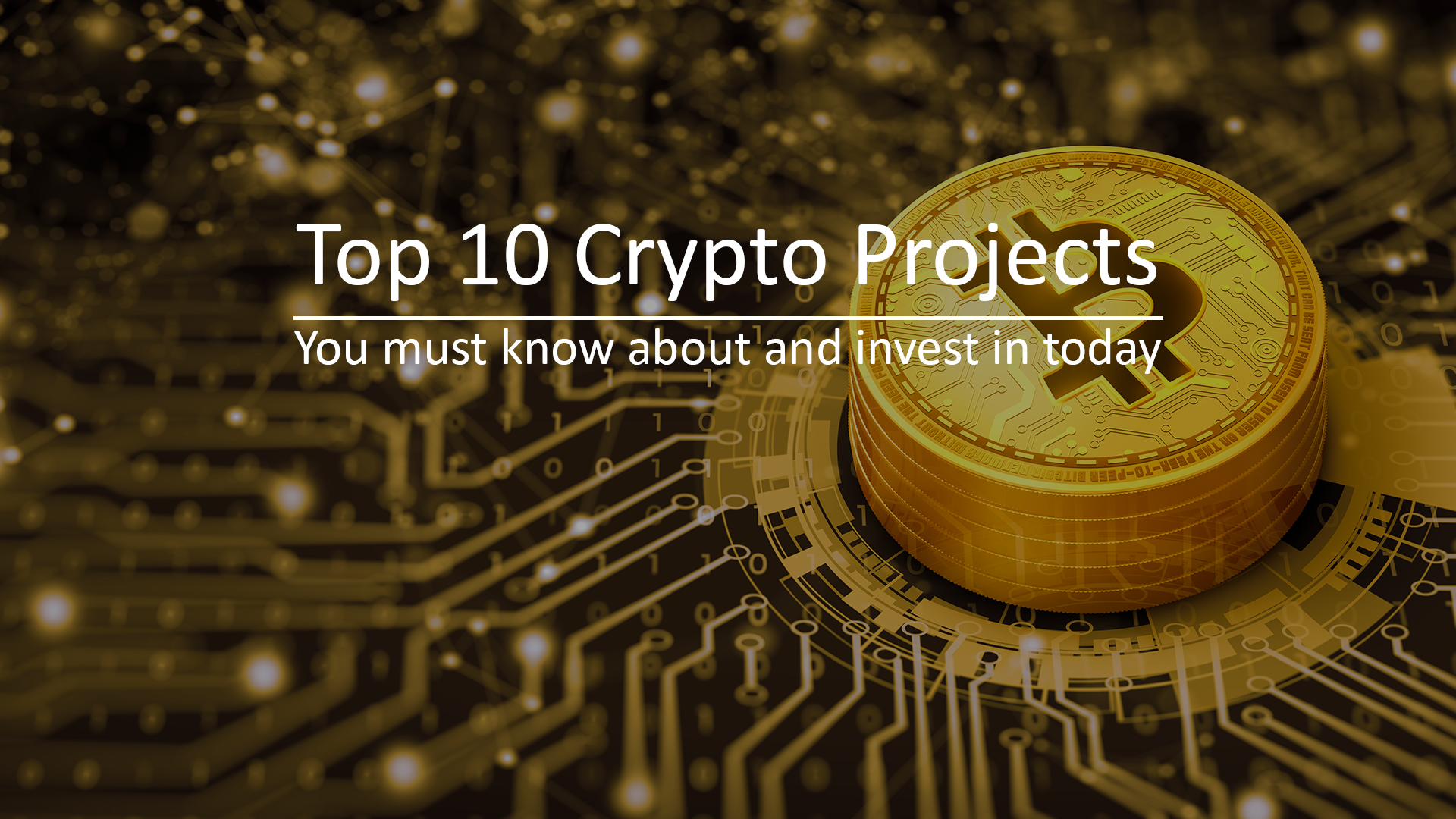 In November 2021, the global cryptocurrency market reached a record market capitalization of $2.8 trillion. It’s staggering when compared to its 2011 market cap, which was roughly less than $1 billion.

The cryptocurrency space has evolved, and today we have established projects with millions of daily active users. Large communities around each individual project have formed, and the market is one step closer to mass adoption.

Here, we take a look at the top 10 established projects that have set a precedent in the cryptocurrency space. These projects have unique value propositions and are paving the way for decentralization moving forward. Let’s have a look at which projects made the cut:

One could even argue that Bitcoin is a proxy for the market. Whatever the case, Bitcoin is, without a doubt, the most established project on this list.  The project takes credit for having kickstarted the entire cryptocurrency space.

It paved the way forward for other major projects, such as Ethereum, and continues to rule the cryptocurrency space.

After Bitcoin, Ethereum holds the crown for the second most established project in crypto arena. Not only does Ethereum earn its rank in terms of value (measured by market cap), but because of the number of projects that have chosen to build on the Ethereum blockchain.

While this has slowed growth over the last few years, it also implies the project has stayed true to its core philosophy of decentralization.

Ethereum’s high transaction fees have plagued cryptocurrency users for years. It’s one of the primary reasons why the project hasn’t been able to reach mass adoption.

Because of how successful Polygon has been in achieving its objectives, it’s considered among some of the most established projects in the cryptocurrency space.

Non Fungible Tokens (NFTs) have witnessed explosive growth in the last two years. While major projects like Bitcoin and Ethereum are not strangers to market upturns like the one we witnessed after 2020, this was a first for NFTs. And the Bored Apes Yacht Club (BAYC) holds the crown for the most valuable NFT project in the space.

Apecoin, launched in 2022, is the official token for the Bored Apes Yacht Club (BAYC) project. Apecoin has multiple use cases, such as acting as a way to participate in community decisions and allowing access to exclusive features. Holders of BAYC NFTs also receive Apecoin as a reward.

While certain projects, such as Polygon, choose to build technology that solves Ethereum scaling problems, other projects have taken a different route. Solana, a direct competitor to Ethereum, is a Layer 1 blockchain solution that uses a unique consensus model to operate.

Solana boasts a high transaction speed and low transaction cost. But based on the blockchain trilemma, this certainly has come at the cost of Solana being more centralized than Ethereum.

However, for many users, Solana solves the issue of high transaction costs that they constantly have to bear on Ethereum for the time being.

Cardano has perhaps one of the most prolific and active founders in the entire cryptocurrency space. Developed by Ethereum co-founder Charles Hoskinson, Cardano is aimed to provide a more efficient alternative to Bitcoin’s Proof-of-Work (PoW) model.

Hoskinson left the Ethereum team to work on Cardano, believing it to be a more viable alternative. Although Cardano is in many ways similar to Ethereum, the team has taken a more research-intensive approach towards solving the same issues. This has resulted in slowed growth. But, the Cardano team considers its slow pace to pay off in the long term as it aims to build a truly decentralized ecosystem.

The ‘interoperability challenge’ is a problem unique to the cryptocurrency space, where a blockchain faces issues transmitting/receiving data with another blockchain.

Founded by Ethereum co-founder Gavin Wood, Polkadot is at the forefront of solving this challenge.

Nicknamed the ‘internet of blockchains,’ Polkadot’s value proposition is to allow different blockchains to communicate with each other effectively. Polkadot has one of the highest valuations in the cryptocurrency space, reflecting the market’s trust in the project.

Shiba Inu has been at the forefront of this historical event, boasting one of the highest valuations not just as a meme coin but overall as a cryptocurrency project. Today, the token has outgrown its reputation, aiming to create utility to drive further growth.

Projects within the Shib ecosystem, such as the SHIB metaverse and games like Shiba Eternity, have active community participation. All of this makes Shiba Inu an established project worthy of being included in this list.

Many traditional projects, such as Ethereum, Polygon, Cardano, Polkadot, etc., are working on laying the foundation for blockchain solutions to be practically usable. But few established projects have managed to use the technology to solve a real-world use case.

Ripple has witnessed its fair share of controversies over the years. Government lawsuits and controversies surrounding the founders have made Ripple a polarizing subject of discussion in the cryptocurrency space.

But despite all of it, Ripple still has one of the most substantial followings in the space and continues to strengthen its claim through new partnerships. The project boasts an impressive list of partners, including American Express, Bank of America,  Moneygram, Interbank, Standard Chartered Bank (SCB), etc.

All of these companies use Ripple’s blockchain technology to provide customers with secure and fast payments.

We’re deeply passionate about highlighting unique opportunities in the cryptocurrency space. We look at the fundamentals, data, and facts to pick and choose which projects should make the cut on each list.

Our goal is to drive users to learn more about the cryptocurrency space and contribute as much as possible toward cryptocurrency’s mass adoption. If our belief in this space excites you, stay tuned for similar insights that we’ll be posting soon.