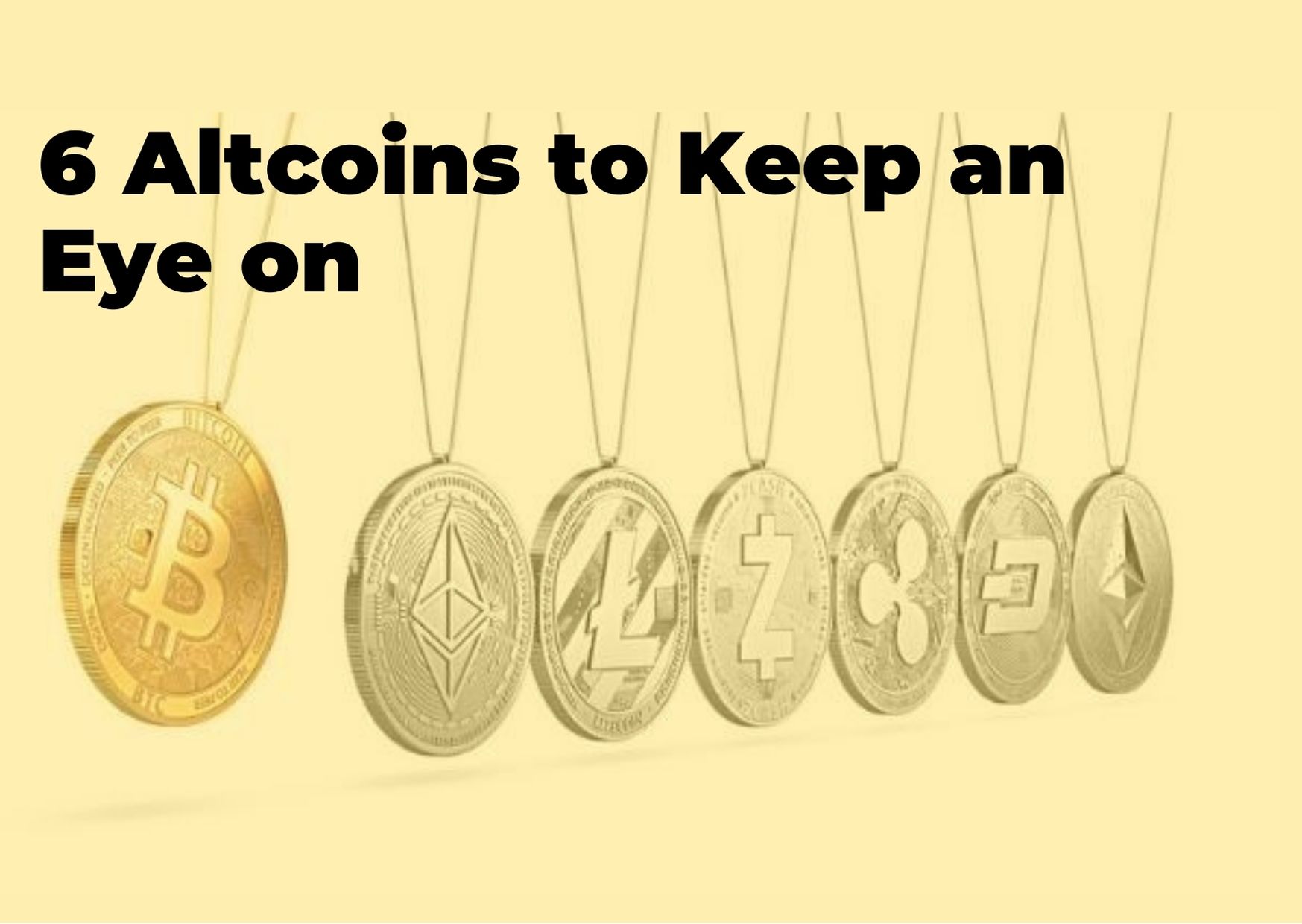 In a time when the whole world is chasing money and the all elusive prospects of “passive income”, cryptocurrencies (aka virtual or digital currencies), have drawn the interest of hungry capitalists from around the globe. They are not only a viable alternative to cash but a possible investment or as a trading asset. These cryptocurrencies have sparked a financial revolution. With the emergence of revolutionary trading platforms like ChainBit, the demand for cryptocurrencies continues to grow exponentially. Let’s take a look at some of the most influential cryptocurrencies, apart from Bitcoin which are sometimes referred to as ‘Altcoins’.

Ethereum is the second-largest cryptocurrency, following Bitcoin. In 2015, Ethereum made its debut. In 2021, Owning Ethereum has shown positive results in this emerging crypto market. This coin has a large following from institutions and individuals to rely on, which lets it retain a steadily growing market value. It is a valuable resource for the Dapp community, involving a large number of developers and businesses who use it to facilitate the launch of their applications and other smart contracts. As a result, it is still invaluable when it is sold. It is not only an investment form but also a Turing complete programming language that runs on the blockchain, making it an operating system that companies can implement into their business process. Its most significant breakthrough programs are in collaboration with ConsenSys, a Microsoft client.

The first version of Litecoin was published in 2011, with technology as a peer-to-peer (P2P) transaction platform. Litecoin allows for fast, low-cost payments all over the world.

The strong liquidity due to the wide demand for Litecoin is one of the biggest reasons to include Litecoin in this list. Investopedia analysts agree that no matter what happens to the global cryptocurrency demand, the Bitcoin market will stay powerful. Litecoin is a solid contender and one of the most widely used cryptocurrencies and should be high on your list when planning to start or expand your journey into the world of cryptocurrency.

Ripple was first launched in 2012, but it was later stabilized and re-released in 2018. Ripple (XRP), unlike its rival cryptocurrencies, is not listed on Blockchain. As opposed to other cryptocurrencies, Ripples’ philosophies and definitions are special. XRP was a startup that offered financial-based settlement services to a variety of banks, enabling them to conduct direct trades across national boundaries. Ripple has partnered with several prestigious banks and financial institutions that are willing to adopt the Ripple protocol. Due to bank and financial institutional funding, Ripple is undoubtedly going to boom throughout and after 2021, as we have already seen with its 155% price increase between March and May 2021.

Binance coin (BNB) is an Ethereum-based cryptocurrency that can be used on the Binance exchange to trade cryptocurrency and pay fees. The Binance Ecosystem is driven by BNB, the Binance Chain, and Binance Smart Chain’s native coin. BNB can be used in a myriad of ways: You’ll use BNB to pay for things like flights and virtual presents, among other things. Travala.com is an example of a booking portal for hotels, airlines, and other facilities which accepts BNB as a form of payment on the Binance Smart Chain Ecosystem, there is a group of utility tokens that can be used in conjunction with games and Dapps. Users can participate in token transactions on the Binance Launchpad, donate to Binance Charity, and lend liquidity to Binance Liquid Swap. Binance is different from other cryptocurrency platforms in that it only deals in cryptocurrencies, as opposed to fiat currencies. Binance coin was created to compete with other exchanges and provide alternatives to the various issues found with other cryptocurrency trading infrastructure.

In the global financial market, higher privacy and transaction speed have allowed Dash Coin to gain massive attention. Dash Coin, formerly known as Dark Coin, was first released in 2014 and contains master codes, which distinguishes it from others and aids in transaction speed. Its initial market capitalization is estimated to be around 2.4 billion dollars.

Bitcoin Cash was designed to be a more efficient means of payment, compared to Bitcoin, boasting a higher maximum send per transaction. This means that users can send and receive money exactly as they did in the first Bitcoin app. The technology behind Bitcoin Cash enables even quicker processing times and lower transaction fees.

Altcoins have gained considerable attention in the media, especially because of trading platforms like ChainBit hosting so many of them on their platform. For the time being, these cryptocurrencies are in their infancy, but will soon reach adulthood, which will be achievable only through gaining global confidence… For developing countries and hungry individuals, cryptocurrency networks will potentially propel their macro and micro-economies to new heights. Everything is going digital these days, so why not money?

The Content presented in this article is meant for informational & educational purposes only, you should not construe any such information or other material as legal, tax, investment, financial, or any other advice. Nothing contained in this article constitutes a solicitation, recommendation, endorsement, or offer by the writer or any third party service provider to buy or sell any securities or other financial instruments in this or in any other jurisdiction in which such solicitation or offer would be unlawful under the securities laws of such jurisdiction.