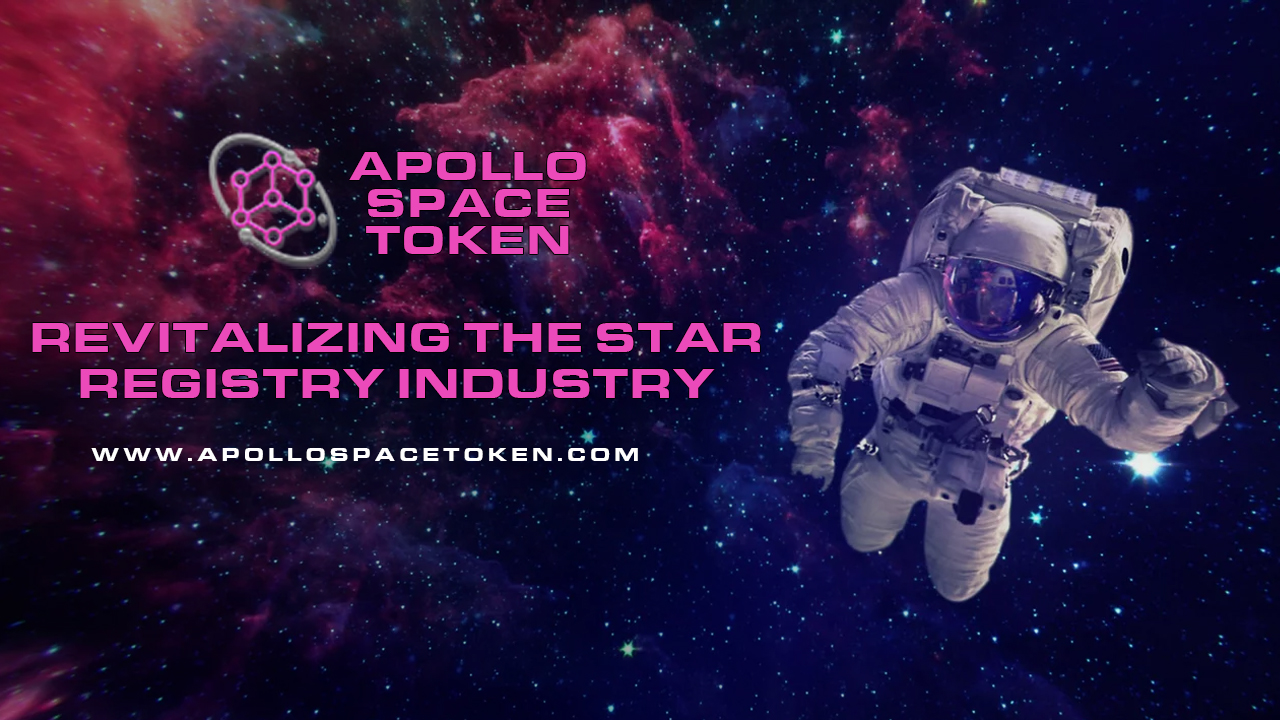 The NFT mania this bull season is not just limited to crypto enthusiasts and has gained mainstream momentum with the likes of top athletes and celebrity artists auctioning their rare memorabilia and art using blockchain. NFTs have turned into the biggest success story to emerge out of crypto space this bull season and Apollo Space Token (AST) is bringing a unique iteration of the same in the form of decentralized star naming registry. The emerging crypto project aims to revitalize the star registry industry with GenZ.

The AST project promises to offer an intergalactic service to people fascinated by space, solar systems, and stars. The project was officially launched just a couple of weeks ago and has grabbed the attention of many celebrities with its market cap reaching $1.5 million within a week of launch.

What is Apollo Space Token Project?

As the plausibility of human life outside of earth is sounding increasingly possible due to companies like SpaceX founded by Elon Musk, AST promises to etch the name of the interested ones on one of the millions of stars in our galaxy. While SpaceX would be focused on space tourism and taking the selected few to Mars, AST offers the opportunity to be among the stars today itself with your name secured on a decentralized ledger.

The developers at AST are providing their users the first opportunity to write their names in the stars. Apollo Space Token is the latest token launched on the Binance smart chain and unlike many crypto projects, all three developers at AST have revealed their identities and seem to have multiple connections to current professional athletes through their years of experience in various sporting arenas per their community.

The developers of Apollo Space Token have capitalized on this opportunity to become the leading star naming registry on the Binance smart chain, Apollo Space Token is in the process of developing a decentralized star naming registry that will allow its users to purchase and transfer ownership of any of the stars named in their registry. This unique quality, which has not been seen before in other registries gives each star an underlying value. Each of the stars named in their registry will increase in value as demand increases, similar to that of a Non-Fungible Token or NFT; another emerging sector that allows users to buy, sell, and trade authenticated digital assets.

Apollo Space Token has continually passed major milestones in the development of its DApp or decentralized application and is continuing to captivate a larger audience as the days go on. You can learn more about this crypto-based project and stay up to date by visiting their website at Apollospacetoken.com

How to Make the Most of AST Ecosystem?

The AST project might sound like a unique idea in itself, however, the ecosystem has much more offer than a decentralized star naming registry as its native token AST can be utilized to earn passive income along with the token burning system that increases the potential of the native token to rise in price.

Burning tokens is the greatest way to increase a token’s price floor as burns are a good thing but the supply and burn rate has to make sense.  AST ecosystem offers a 2% burn rate for each transaction and a fixed supply cap of only 13 billion, thus a meaningful price change will occur daily for AST. Let us understand it via an example, the current supply of AST is 13 billion with a

This does not take into account price changes, changes in the number of transactions, or an overall reduction in tokens. The number of AST burned might be slow but the percentage will Never change. AST will become more scarce with each transaction and ultimately more valuable. The AST burn rate would act as the rocket fuel for the token price.

Tokens aren’t just burned with each transaction, they are given back to the community! Just by holding on to AST, users will receive tokens back. This auto-staking feature allows users to earn income in the form of AST tokens just by being a part of the Moonmen Gang (AST holders). The project developers aim to expand the registry system with a growing community and add features such as naming rights to planets and even galaxies. The project aims to take NFT’s to a whole new level.