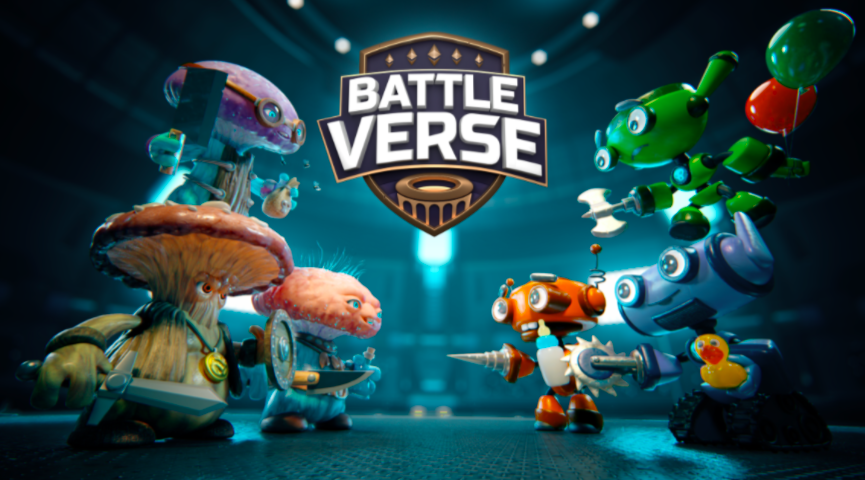 BattleVerse is a community-driven platform that empowers players by paying them for their participation in and enjoyment of the game. By combining creative tokenomics, finance, and games. This platform also combines the best of decentralized technologies like blockchain and artificial intelligence (AI) that are utilized in DeFi and NFTs to build a genuinely unique and everlasting FREE TO PLAY, PLAY TO EARN ECOSYSTEM. This game allows you to earn money while playing. For transparency and a genuinely paying procedure, we use blockchain. The goal is to strike the perfect balance between centralized and decentralized worlds, and we must provide our customers with beautiful gameplay and transparent payouts in order for them to earn money on their own time.

The project started out in 2021 and now looks set to dominate 2022 with its series of launches and game development. Some of the key milestones of the project include:

Unless they acquired or earned some amount of game currency on the same terms as the rest of the BattleVerse players, the project staff and investors have nothing to do with it. This operating principle enables the organization of a game at a consistent rate and a complete comprehension of earnings for each event or farming.

BattleVerse is a free peer-to-peer online game that uses blockchain and DeFi x NFT technologies. Multichain technology, which allows players to manage their gaming assets by interacting with several blockchains, is a unique feature of BattleVerse. BattleVerse’s world is enormous! It has something to suit everyone’s tastes. Someone will eventually opt to fight in battles for monetary gain and improve their fighting personas in order to face the best of the best in the Intergalactic Tournament. Someone will opt to be an explorer or a well-known merchant across the galaxy, capable of selling rusted hardware to any robot. Many will become proprietors of industries and plants, as well as underground mycelium fields and strange groves, bringing in a steady stream of money.

The BattleVerse universe is divided into isolated regions-planets based on conditional race type, where six different sorts of animals with identifiable features from mythological and actual worlds live, evolve, and compete. The fundamental goal of these six races is to fight in battles, develop, and win the Intergalactic Tournament so that they can breed characters of various types and create new unique heroes who are best suited to living in the most challenging and terrible circumstances. There is an ancient race of the Great Elders – Quzers – who appear as non-player characters (NPCs) throughout the game. Quzers race representatives host frequent Intergalactic competitions in their arenas and offer a variety of amenities on their lands for the development and amusement of participants.

There are still a few months until the entire release, and we’d like to offer players a taste of the massive verse while they wait. As a result, we intend to work with other developers to come up with innovative ways to elevate the BattleVerse universe to the top of the game world. BattleVerse is built in Unity3D. BattleVerse will be able to easily archive every battle ever played.

Batlleverse Brings the best of Defi and NFT

The project’s main goal is to create a decentralized game that can run on its own. DeFi apps have shown amazing growth and rapid development during the last 1.5 years and more than 3 years as DApps, particularly in the last six months. The DeFi market is rapidly expanding and is expected to exceed $28 billion in value this year.

BattleVerse team believes that a decentralized gaming world and economy provides the best fusion between crypto/blockchain/DAO enthusiasts and gamers seeking open access without corporate interference, and we recognise that the real world and the decentralized world have some differences, so we’re developing tools to bring them together in an optimized and very unique way.

Players will come across wild, adaptable, and combative creatures inside BattleVerse. You can travel around our Verse, fighting and capturing various regions and territories. To do so, they’ll need a $QZQ, which allows you to expand your territory, engage in combat. The pace with which you grow and the quality of your heroes are determined by the quantity of $QZQ they have. A new NFT token (new hero) symbolizing the BattleVerse is minted and saved in your wallet after a successful capture. When players capture many tokens of the same type, they can Fuse them together, which burns the old tokens and creates a more powerful creature.