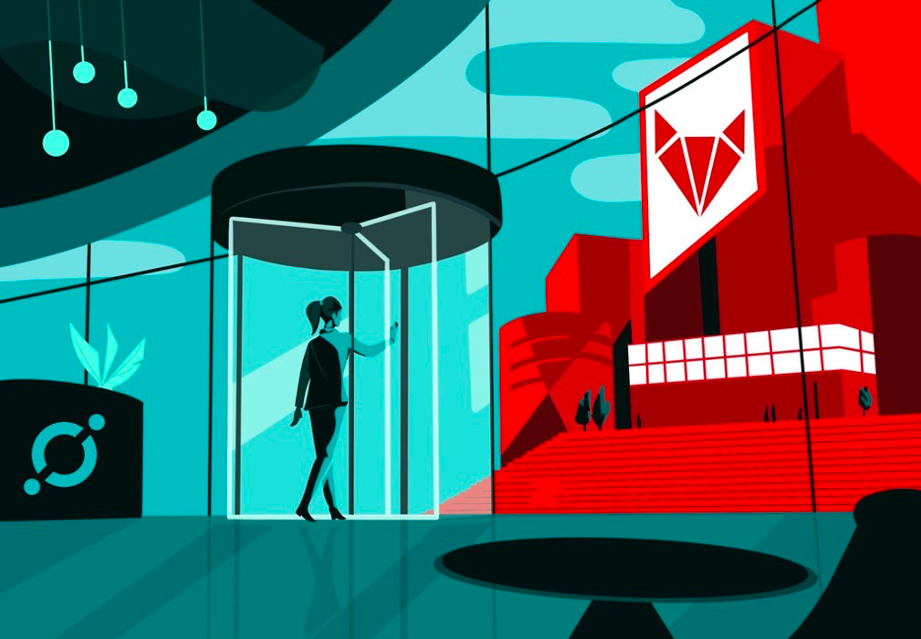 November 15, 2021 18:00 Vietnam, Ho Chi Minh—Metaverse builder RFOX (RedFOX Labs) (RFOX) will be welcoming ICON (ICX) as one of its first full-time residents within RFOX VALT, a virtual world focused on retail and entertainment. At RFOX VALT, ICON will incorporate a designated gallery and office space open to the community, where people can learn more about the project and create new social connections in a Virtual Reality environment, hot on the heels of the release of its new mainnet, ICON 2.0.

“ICON community, users and customers, will soon be able to interact in virtual reality – in real time, regardless of where they are in the world thanks to RFOX and the RFOX VALT” Said Bank Fairbank, Co-Founder & CEO of Redfox Labs

ICON 2.0 is a monumental shift for ICON and its broader ecosystem. ICON 2.0 is a complete redesign of the core engine of the ICON blockchain, making it faster, more powerful, and interoperable with other blockchains. Using Nexus, the interface of ICON’s interchain communication protocol–BTP (Blockchain Transmission Protocol)–ICON users will  be able to move assets between ICON and partner blockchains, including Moonriver, NEAR, Binance Smart Chain, Polkadot, Acala and more.

“ICON is a truly progressive blockchain and has proven itself over a long period of time,” said Ben Fairbank, CEO and co-founder of RedFOX Labs.

“The financial offerings and ecosystem they have built for their users is world-class. To know they are committed to providing ongoing value for their user base and to ensure they remain connected through VR and the Metaverse is a sign of a company who is looking to the future and not just focused on the now. We are extremely excited about the opportunities they also bring to RFOX holders and look forward to exploring many more facets of our partnership. The two parties were introduced by VOID Cyber who are onboarding a number of big name brand partners into the RFOX ecosystem and the Metaverse through RFOX VALT” continued Ben.

“We are honored that members at RedFOX Labs have chosen us as one of their strategic partners at an early stage in their venture and we very much look forward to the creative possibilities that a fully dedicated VR space will bring–not only in terms of how we communicate all that’s happening in the ICON ecosystem but also in terms of how the broader community will interact with each other in virtual reality,” says Min Kim, CEO and founder of the ICON project.

With the recent announcement by Facebook stating they would spend upwards of 10 Billion USD to develop a Metaverse, the topic has become hot news globally. For companies like RedFOX Labs who have been building their Metaverse since 2019, this is welcome exposure and more importantly awareness for new users on what a Metaverse is and does.

Based in Southeast Asia and established in 2018, RFOX is a blockchain metaverse builder. Building in the fastest growing sectors of the internet economy, RFOX builds interoperable companies and applications that are showcased in a virtual world called the RFOX VALT. RFOX has established ventures in RFOX Games (a play to earn NFT Gaming platform), RFOX Finance (DeFi Protocol), RFOX TV, RFOX Media (which acquired MYMEDIA MYANMAR with 13 million active users) and RFOX NFT Whitelabel Platform. The RFOX ecosystem is powered by its currency token RFOX, and rewards users through its VFOX rewards token.

Founded in 2017 by the ICON Foundation, ICON is a next generation blockchain protocol with smart contract functionality and interoperability. ICX is the native cryptocurrency of the ICON network. As an aggregator chain, ICON achieves interoperability – a web of interconnected networks aggregating all blockchain data into one layer. ICON’s “Blockchain Transmission Protocol” (BTP) is its novel interoperability solution, allowing all integrated blockchains to be interconnected to each other. Current BTP partners include Binance Smart Chain, Polkadot, NEAR Protocol, and Harmony. ICON also has a growing DeFi ecosystem that includes projects such as Balanced DAO, Omm Finance, Optimus Protocol, and Equality Exchange.