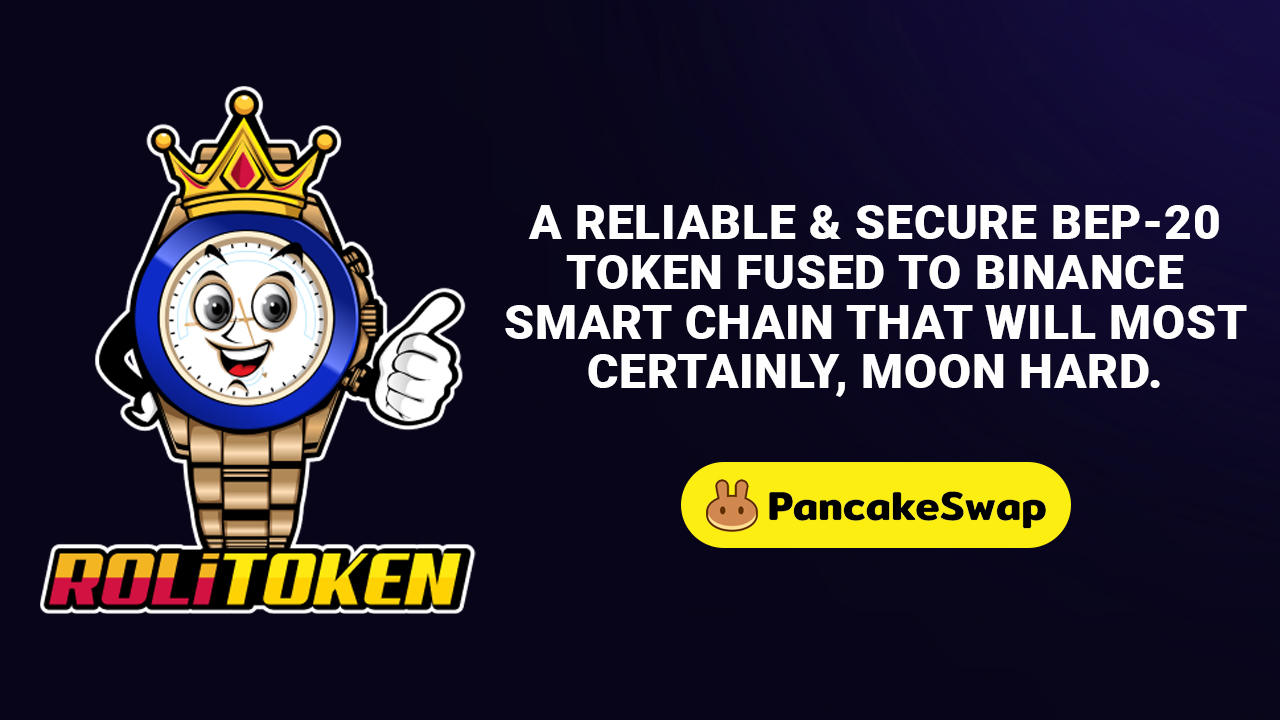 Defi has emerged as a rapidly growing decentralized ecosystem building a multi-billion dollar market cap. The Defi ecosystem started on the Ethereum blockchain, but Binance Smart Chain became an increasingly popular choice this year owing to its low transaction fee and fast confirmation. As a result majority of defi protocols launched this year have either launched on BSC or added cross-chain support for BSC.

A significant number of Defi projects have launched on the BSC chain this year but only a few have shown potential to reach the moon. RoliToken is one such project that is a freshly minted DeFi project that fuels itself by providing a haven for token fanatics. RoliToken ($ROLI) is a new BEP20 DeFi project. Fused to binance smart chains. The new Roli ecosystem is community-driven and sound tokenomics make it one of the true defi tokens of BSC with the potential to reach the moon. The primary utility for RoliToken is to build momentum while expanding DeFi awareness through the community which in turn allows RoliToken to act as an appreciating resource.

The number of defi projects in the crypto market is growing at an exponential rate but very few have passed the test of time. RoliToken whose essence lies in Time is quite different from those projects. Unique token economics with a 50% burn before pre-sale and a community is driven decentralized approach has propelled it to the moon.

The Roli token incorporates two key essentials of the decentralized world, the defi base, and a community-driven approach. To counter volatility the RoliToken team locked liquidity using DxLocker through 2025 & deployed a uniquely coded smart contract that autonomously swaps liquidity through pancakeswap V2 router, making the LP untouchable & inaccessible by even the contract owner, indefinitely without having to relinquish ownership.

RoliToken’s massive supply & inexpensive entry point also makes micro-tipping through social media much more effective. Thus it can forge new use cases with time and also become a leading form of internet digital money. The project’s popularity has also made it a target for other developers to copy the project with a similar name.

RoliToken ($ROLI) is focused on bringing together a digital commune through organic growth building & maintaining internal momentum & advocating together to disrupt the obsolete infrastructures that are concealed monopolies such as financial networks & institutions that covertly govern the people behind the scenes. By building & maintaining the momentum created at launch; we help disrupt the perception of programable & digital tokens, meme tokens included. The project’s ultimate goal is to raise DeFi awareness through community establishment with our social media platforms. The project started the journey by burning just over 50% of the original total supply before pre-sale. The reason for this is simple: when a space shuttle launches into orbit it needs to burn more propellants during the initial launch than when it is already in orbit.

An example of this is what NASA calls the jettison effect; which is a stage during initial launch when a space shuttle burns enough fuel to lighten cargo weight thus allowing the rocket engines to now consume less fuel to stay in orbit & maintain a steady climb into orbit. The project is bang on target with its roadmap plans having successfully met all its goals for the first quarter of 2021.

The project is available on Pancakeswap and can be bought through a couple of simple clicks. The project encourages holding and reward for the same. The project is also focused on charity and has announced 1% of the total supply token would be contributed towards charity which would be decided by the community votes.

The RoliToken team deployed a uniquely coded autonomous smart contract that is original but also includes some of the amazing DeFi features & benefits that we all have grown accustomed to. We made adjustments where necessary & have all the right ingredients to moon hard & have a long healthy project.

Community-driven projects have been the biggest success story this bull season with some tokens rising over 5,000% amid a growing craze. RoliToken with its sound tokonomics, growing adoption, and provisions for manual burn could see a lift-off in price in the same magnitude.