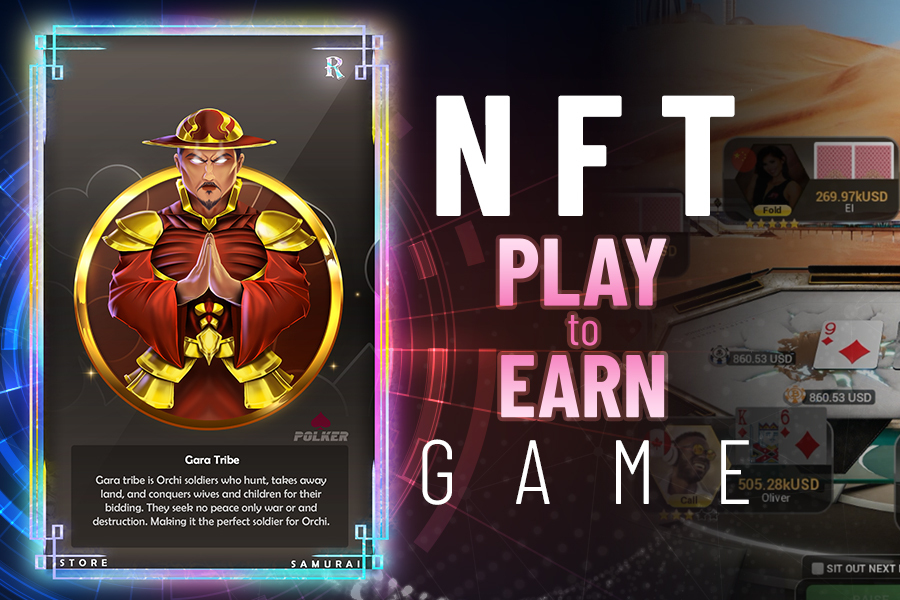 A brief look into Play-to-Earn Project: Polker.Game and their biggest supporter

The World Series of Poker is at the Rio All Suite Hotel in Las Vegas, Nevada. Justin Phillips pulls a royal flush, Erick Lindgren wins player of the year, and Peter Eastgate takes the tournament. The same month, IndyMac bank fails, Fannie and Freddie is nationalized by the U.S Government, and the Lehman Brothers bankruptcy triggers global panic just a month later. Rounding up, Akon releases his third studio album “Freedom” in December. A fitting notion for the freedom of decentralization coming around the corner.

January ’09, Satoshi Nakamoto releases the whitepaper of bitcoin, garnering interest from financiers and cryptographers alike. Meant as a supposed response to the global recession caused by fraudulent investments and dark pool money. Poker Stars and Full Tilt Poker have $50 million dollars in payments seized as the U.S attorneys office out of Southern New York indicted the payment processors.

Fast forward to 2021; Cryptocurrency is flourishing as a new wave of investors join the scene. Hundreds of tokens and coins hit the market, some being flashes in the pan before bottoming out and others bringing utility to the people to fix problems both in the real and virtual worlds. Online Poker gains mainstay in peoples minds as the Covid-19 Pandemic has kept so many people indoors, people turned to i-gaming for entertainment, regulated or otherwise.

Recently, through a seemingly innocent listen of Akon’s “Smack-That” Featuring Eminem, it came to my attention that the Konvict Singer was building his own city, aptly named “Akon-City” inside of The Republic of Senegal. Using the idea of a “Smart-City” Akon plans for many quality of life improvements for surrounding residents and future migrants to the city. With project successes like his African Solar Power, and his cryptocurrency launch, Akoin, the city is a bold, but important goal.

One of the primary districts Akon Citys development is an entertainment district, focused on turning a profit through tourism, similar to Dubai, whose GDP and total employment in industry accounts for~ 5%. In stark contrast however, gambling and casinos will be allowed and is talked about primarily being funded by cryptocurrency, with a particular focus on Akoin. However, recent mentions of a Play-to-Earn game Polker.game, a crypto-startup, it could be vastly different than initially expected.

Polker.game is a Play-to-Earn Poker-style game (surprisingly not sponsored by Doug Polk) created in the Unreal Engine, which focuses on the rewarding of NFTs to drive forward their economy. Revolutionary in their practice, being not only the first poker Play-to-Earn game, but their presentation as well. Most online poker games look modest in appearance, they have solid function, a good randomizer, and if you’re lucky, a good payout system. Rarely do they have graphics which are interesting enough to spend money on improving, but Polker.game does just that. With an interesting, video-game stylized take on the graphics, the game looks surprisingly fresh. From what technical and gameplay demos have been shown on their streams and teasers, it boasts a full customizable interface and playmat. Dealers, tables, backgrounds, card backs, and even chips on the table can be customized with skins. The monetization model is similar to average free to play games, selling these cosmetics at a premium. The interesting part however, is how they have structured themselves as Play-to-Earn. 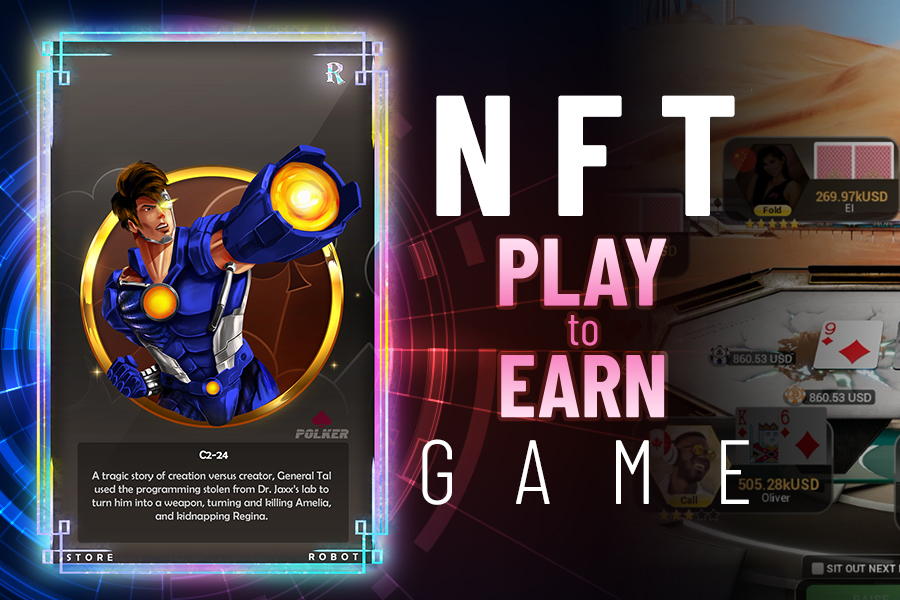 In the past, Play-to-Earn has been a grey area in the video gaming industry. RuneScape and World of Warcraft being progenitors of the marketplaces, selling in game gold for real world dollars to save gamers time. With modernization of the space and the introduction of crypto, this grey space has not only become an allowed practice, but games are promoting this model in the game itself. (When is RuneScape going to make a Cryptocurrency equivalent? Only time will tell). With giants like Axie making people quit their jobs to make cash off crypto, Polker.game plans on using this somewhat esoteric model to gather support for their NFT marketplace and bring crypto enthusiasts, poker players, and gamers in general to the table.

In a field of their own

Interestingly, Polker.game’s model doesn’t support gambling. The Play-to-Earn model completely overtakes it, using a Gacha system with time-gated resources to gain value out of game or earn cosmetic upgrades in game. The poker game itself is with “Chips” which are an abstracted resource which fits into the Play-to-Earn model. You get a small amount a day, building up with subsequent log ins, level ups, and a system similar to a Battle-Pass. You use the chips to play hands and do quests, which unlocks tickets. Tickets are used for tournaments in a winner takes all style. The tickets themselves are where the value comes in, allowing you to unlock NFT’s. Polker.game’s first NFT Auction went for 3.3 ETH, which at the time was 10k, setting up the value proposition for the model.

Any which way this goes, the world of cryptocurrency is absolutely wild right now. Established names like Musk and Akon leading the charge headfirst into the public eye. Play-to-Earn adopters like Axie and Gods Unchained pave the way for games like Polker.game to innovate on traditional gaming. Cryptocurrency overall commanding respect to the DeFi vision, supporting the everyman’s step into controlling their own financial future.