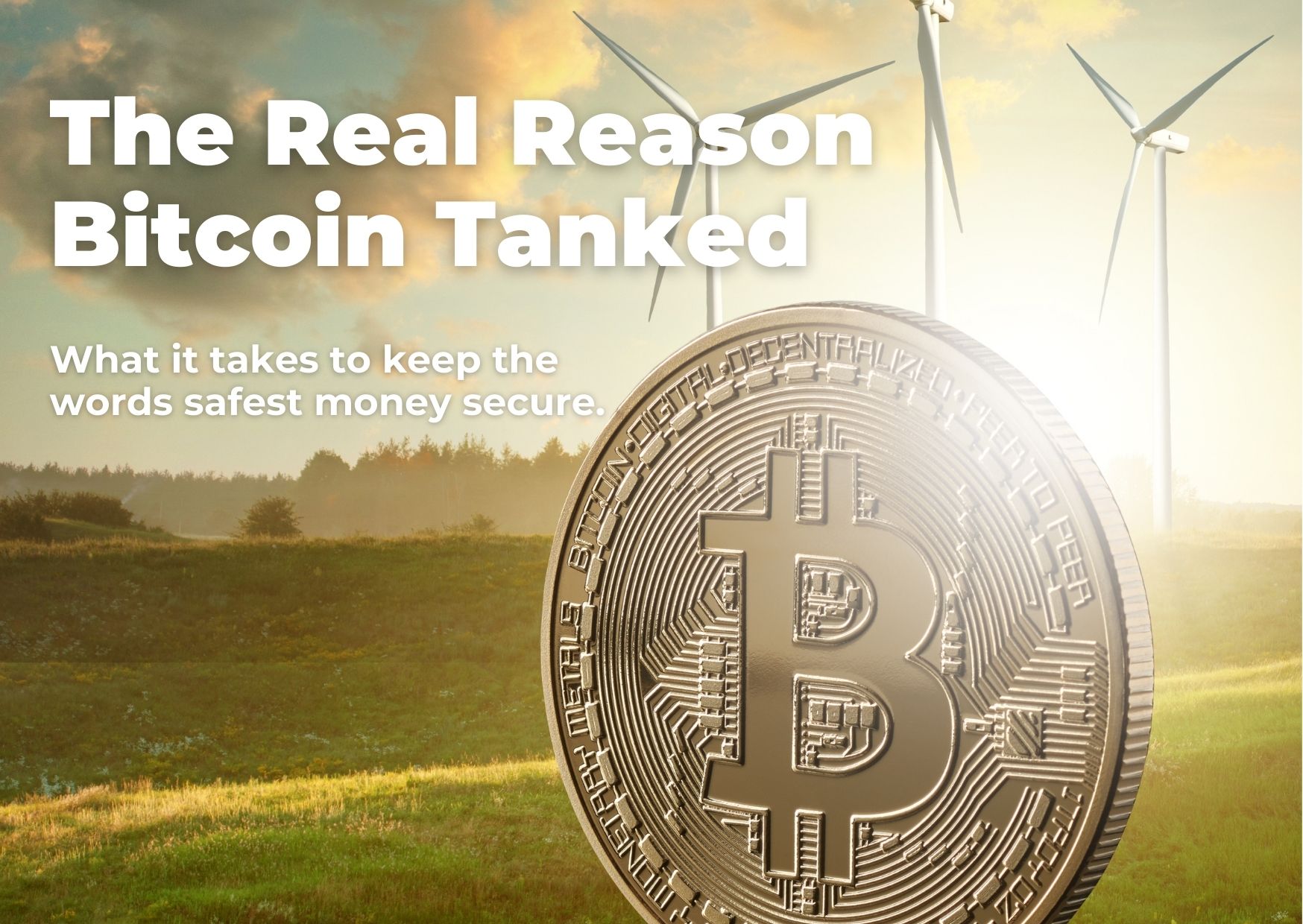 You’ve heard that Bitcoin uses lots of energy? This is true.

However, you may have heard that it wastes energy or uses it in an inefficient manner. That is untrue. Bitcoin uses energy to give us one of the most secure form of currency in history, due to its high resistance to hacking – (according to Investopedia). By any definition, that isn’t a waste.

What Is Bitcoin’s Energy Consumption?

Bitcoin makes use of energy to ensure that every duplicate of the record of who owns which bitcoins is exactly the same. Making physical copies of that record, referred to as the blockchain, requires very little energy. It takes energy to ensure that no prior entries are erased and that just one new set of entries is added every 10 minutes on average (according to CoinDesk).

Consider the following scenario: Someone had to send Bitcoin to you if you had any. That transaction was recorded on the blockchain, which, as I previously stated, is a public ledger of Bitcoin transactions. You wouldn’t have that bitcoin if someone could travel back in time and remove that record. To prevent anybody from wiping any of Bitcoin’s records, the first half of the answer to the question “Why does Bitcoin need energy?” is “To prevent anybody from wiping any of its records.”

How Does Bitcoin Use Energy?

Bitcoin requires the creation of an unchangeable digital record. This is accomplished by physically baking energy into each record so that removing it would need more energy than all of the energy that comes after it is generated.

Allow me to illustrate with an example. If I transferred you bitcoin a year ago, the only way to undo the transaction (and hence take your money) is to attempt to rewrite Bitcoin’s history since then.

This would need to consume more energy than Bitcoin has consumed in the year since the transaction was first recorded. That would take so long that there would very certainly be another year or more of records to catch up with by the time it was finished. It would also be extremely expensive due to the high cost of electricity. Given the amount of energy required, it may even be physically impossible. It’s just an impossible task to do.

As a result, Bitcoin utilizes energy to create an almost impenetrable record of all Bitcoins in existence, and a record of who owns them.

Why Bitcoin is for anyone and everyone.

Anyone in the world has the ability to make a copy of this record, maintain it current, and verify that it is totally accurate and unaltered. Bitcoin is based only on well-proven mathematical functions that allow anybody to determine how much energy went into making each individual section (block) of the full record in a very short amount of time and with very little effort (again, the blockchain). This allows anyone to verify that the record they have is the correct one. It’s also difficult to stop Bitcoin because it’s used by tens of thousands of individuals all over the world.

Why do people put energy into Bitcoin?

Bitcoins are extremely rare. Only 21 million bitcoins will ever exist (but each can be divided into one-hundred million parts). People prefer to utilize expensive energy in order to obtain freshly minted, scarce bitcoins.

Simply explained, Bitcoin compensates people with Bitcoin, for utilizing their time and efforts in the cryptocurrency. Let me expand on it because it may sound a little circular. Bitcoin compensates people with SCARCE money in exchange for the effort that SECURES that money for the benefit of everyone who utilizes that SCARCE AND SECURE money. That appears to be a fairly equitable method.

Conclusion — Bitcoin uses energy to give us the most secure form of currency in history. Fear about around its energy consumption is why it tanked, but it will rise again!

Bitcoin is one of the most secure means of currency that has ever existed. Since every watt of energy it needs is utilized to prevent any alteration of its records. Aside from safety, trading Bitcoin against other cryptocurrencies like Tether and Ethereum on trading platforms such as Binance and Investcap can yield you huge potential profits in the short, medium and long term. You can perhaps see how this energy is put to good use, ensuring the safest, rarest, most valuable means of currency humankind has ever seen.

The content presented in this publication is meant for informational & educational purposes only and you should not construe any such information or other material as legal, tax, investment, financial, or any other advice. Nothing contained in this publication constitutes a solicitation, recommendation, endorsement, or offer by the author/s or any third party/ies to buy and/or sell and/or invest in any financial instruments.