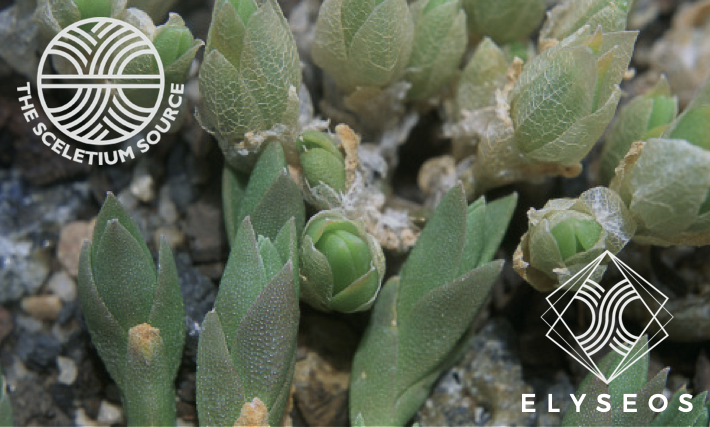 Are you an adventurous explorer of frontiers? Well, if trying an emerging global psychoactive is not novel enough for you, you will soon be able to buy it with a niche cryptocurrency specifically designed for sacred plant medicines.

~ The Sceletium Source, the premier global supplier of Sceletium tortuosum, a powerful yet largely unknown Southern African psychoactive plant, and Elyseos, a newly minted crypto-ecosystem for shamanic medicines, are partnering up to help bring this potent medicine to the world.

~ Sceletium tortuosum (aka Kanna) is a highly revered, sacred plant that has been used by the San and Khoikhoi people of Southern Africa for millennia. It has powerful natural anxiolytic and anti-depressant effects along with potent pro-sexual, emotionally opening, body-mind relaxing, entactogenic and empathogenic properties. Yet it is tolerated well by the body with no side effects and is non-addictive.

~ Elyseos is a decentralized ecosystem for Sacramental Medicine exploration co-creating a more fair society, and maturing our human culture. The Elyseos DAO and its ELYS token were birthed  to support the evolving Sacred Medicine ecosystem with rewarding of integrity, fair access to capital, access to markets and positive compassionate feedback loops incentivizing collaboration and decentralization.

The powerful re-emergence of profound teachers like Psilocybin mushrooms, Ayahuasca, Iboga and ceremonial Cacao into the culture is a sign that some of the old shamanic ways of relating to healing on a total being level are returning. The Elyseos DAO has emerged in response to a need for these Sacramental Medicines to have their own unique space not subject to the same sensibilities, needs and views of the mainstream medical or commercial worlds.  Sacramental Medicines are complex and mystical substances, compounds and practices for direct alteration of states of consciousness, they are more than the sum of their constituents, chemical or otherwise.

“Sceletium has been used for millennia as a powerful teacher plant by the Khoi and San Southern African hunter gatherers – it’s fascinating that this most ancient plant teacher from humanity’s birthplace is now breaking ground in such a nascent virtual ecosystem.” says Maestro Bignose, the psuedononymous spokesperson for the Elyseos DAO.

Even with its ELYS token still in pre-sale, the Elyseos DAO is already announcing a significant partnership with the major supplier of a medicine that has the potential to have as profound an impact on humanity as Cannabis.  A large claim perhaps but while there is a richly broad range of “effects” engendered by the thousands of pharmacologically significant plants, only Sceletium has the ability to open the heart (or emotional center) in the direct way that it does.

Not only does it regenerate the capacity for deep empathy and love, it also mediates the entire mind and nervous system in the direction of calm, clear centeredness  and spacious feeling. Sceletium brings emotional and mental balance, provides connectedness and grounding, and allows the mind to find its natural equilibrium.

Says J P Le Roux founder of The Sceletium Source, “Sceletium conducts deep emotional healing with more power and consistency than any other plant I know.  Its medicine is much needed in these times of radical human confusion and separation. This is why we are so positive about collaborating with the decentralized Elyseos ecosystem. It will enable us to not only connect with people we have not yet been able to reach but will also create a platform for plant healers to develop ceremonies, teaching, and therapeutic modalities around this wonderful plant.”

Once the technology is fully live The Sceletium Source will be offering products for sale using the ELYS token, participating with sales on the Elyseos marketplace, “Muti-Market”, and supporting and encouraging shamans, plant therapists and teachers to develop Sceletium programs on the Elyseos education platform, “Thou Art”.

Bitcoin could simply become a global asset. This is according to Larry Fink, the head of the world’s largest asset manager BlackRock. During a...