Cardano blockchain integrated smart contract support on the mainnet in the first week of September via Alonzo hard fork. The smart contract integration propelled it to the league of Polkadot, Solana, and to some extent Ethereum as well. Cardano has now become a growing hub for Dapps, NFT, and Defi. Aada Finance has become the first lending protocol powered by Cardano. Aada is a crypto assets lending platform. A smart contract allows to deposit assets and collect interests or borrow assets and perform financial actions. There is a wide variety of cryptocurrencies to choose from. With the addition of the Cardano ERC20 converter, Aada will bring must-have functionality to the DeFi ecosystem. 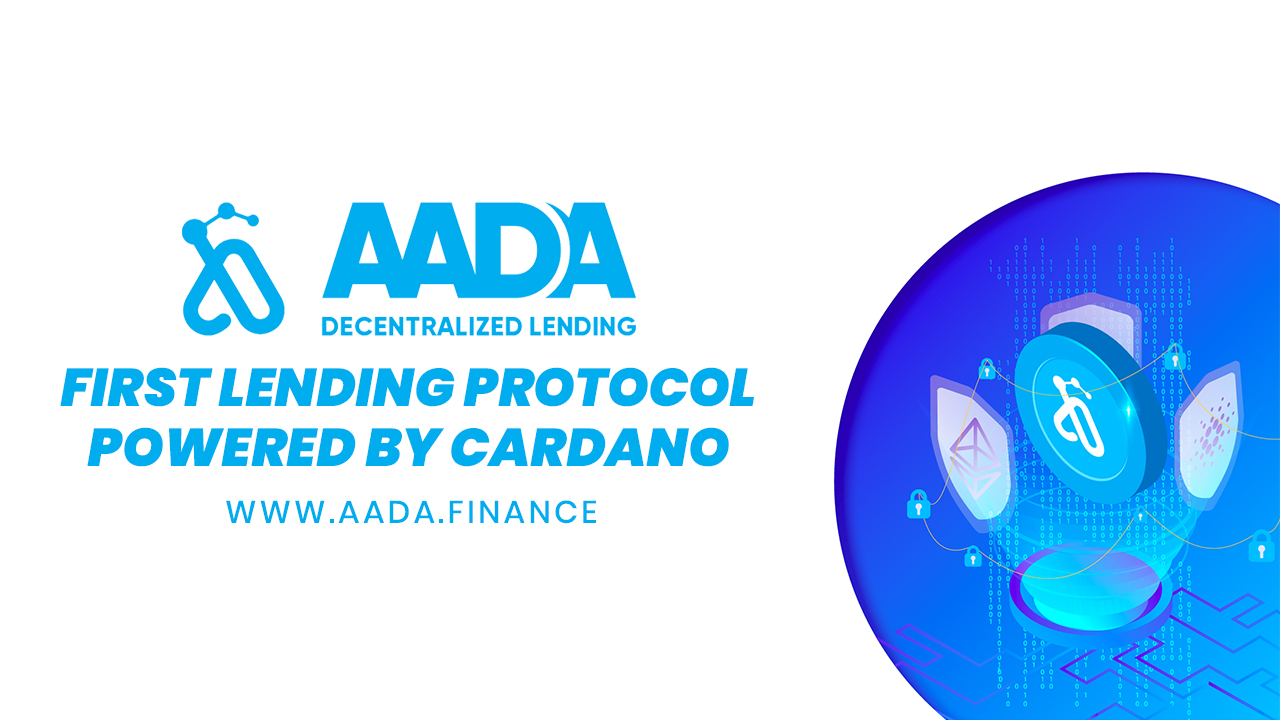 Aada Finance has already released Initial Staking Pool Offering — ISPO, which is up and running since September 12th. The Cardano blockchain provides PoS consensus, a freeing new method for investors and the entire community to support projects they select through ISPO. It is worth mentioning that allocation of 12.5M AADA Tokens is being distributed in AADA Stake Pool. As a result of this decision, the team is confident in the long-term strong and stable value of the tokens.

In order to delegate in ISPO, you have to hold your Cardano(ADA) on supported wallets such as Yoroi or Daedalus. Since you can’t participate in Staking Pools while your ADA is being held in Centralized exchanges.

But what is a Staking Pool?

Staking is a core part of PoS tokens, and ADA being one has seen over 70% of its circulation supply currently staked in some form. A staking pool offers traders the opportunity to earn passive income on their holdings without the need to sell the token. Generally, staking pools are used to offer liquidity to the native token, in this case, AADA.

Initial Stake Pool Offering is a way to support projects that users think have the potential to reach new highs and bring breakthrough use cases, this way projects get to raise their liquidity in a fair launch method Compared to the SPO model with the ICO model, the community has a more robust and safer voice in SPO’s.

For staking or delegating in SPO, there are rewards stakers are receiving. Worth to mention there is no limit on how many SPO’s can support, but one must remember that traders can participate in a single SPO via one wallet, so to participate in multiple SPOs one must create multiple wallets supported by those SPOs.

How AADA SPO Offering Trumps Others?

So far the current largest SPO – Meld Labs offers delegates an 0.065 MELD reward per ADA staked, per Epoch (5 days), MELD has started their ISPO on July 1st and will finish on December 8th. At the time of writing, MELD has a total of 589 million of Cardano stake which combines a value of more than $1 billion USD. Meld Labs has shown the rapid growth and ADA utilization in the Cardano ecosystem

on the staked ADA and until now a total of $198.1 million worth of ADA has been staked till now. ADA stakers get rewarded in XRAY native tokens. XRAY token is a payment token for those services, such as premium RayNFT marketplace placement, Ray KickStart placement, tokens minting, which will be used as a governance token, yield farming in RaySwap. However, AADA brings a game-changer with its potential growth in value. There are three variables that determine how much AADA one will receive:

Aada Finance project as DeFi Lending platform, by staking in AADA Pool you will receive 0.005 AADA for each staked ADA, per Epoch. AADA Token rewards will be airdropped after February 19th every 2nd week for the following continuous 9 months, by distributing tokens partly over a period of time Aada seeks to eliminate the possibility of the AADA market dump. Aada offers additional tips for being a loyal and long-term delegator, being a delegator for 21 Epochs or more will guarantee an extra 7% Bonus in AADA). The total supply of AADA tokens is 100M of AADA Tokens, and ISPO has 12.5M available only.

will distribute an additional 1,000,000 AADA for loyal delegators. They can earn up to 10% more AADA if they stake long enough.

The Good and Bad of ISPO

Lastly, the most significant benefit of ISPO is that the staked ADA will always remain in possession of traders. There is no risk of being a delegator in the Staking pool since traders can withdraw at any time. The only way users can get rugged is if the project doesn’t succeed, and investors will lose the expected 5% ROA while staking in a regular Stake Pool.

The disadvantage of ISPO is that you can stake to one pool with a single ADA wallet and miss ADA rewards while staking in a regular pool. In case you want to delegate your ADA to multiple staking pools, you would need to stake from different wallets with different stake keys.

To conclude, delegating your ADA in ISPO’s is a safe and comparable great opportunity to acquire DeFi tokens in the early days and follow the process of Dapps development. Considering the early days of the Cardano ecosystem it’s a great chance to be a participant in the first DeFi projects in space.

Bitcoin could simply become a global asset. This is according to Larry Fink, the head of the world’s largest asset manager BlackRock. During a...