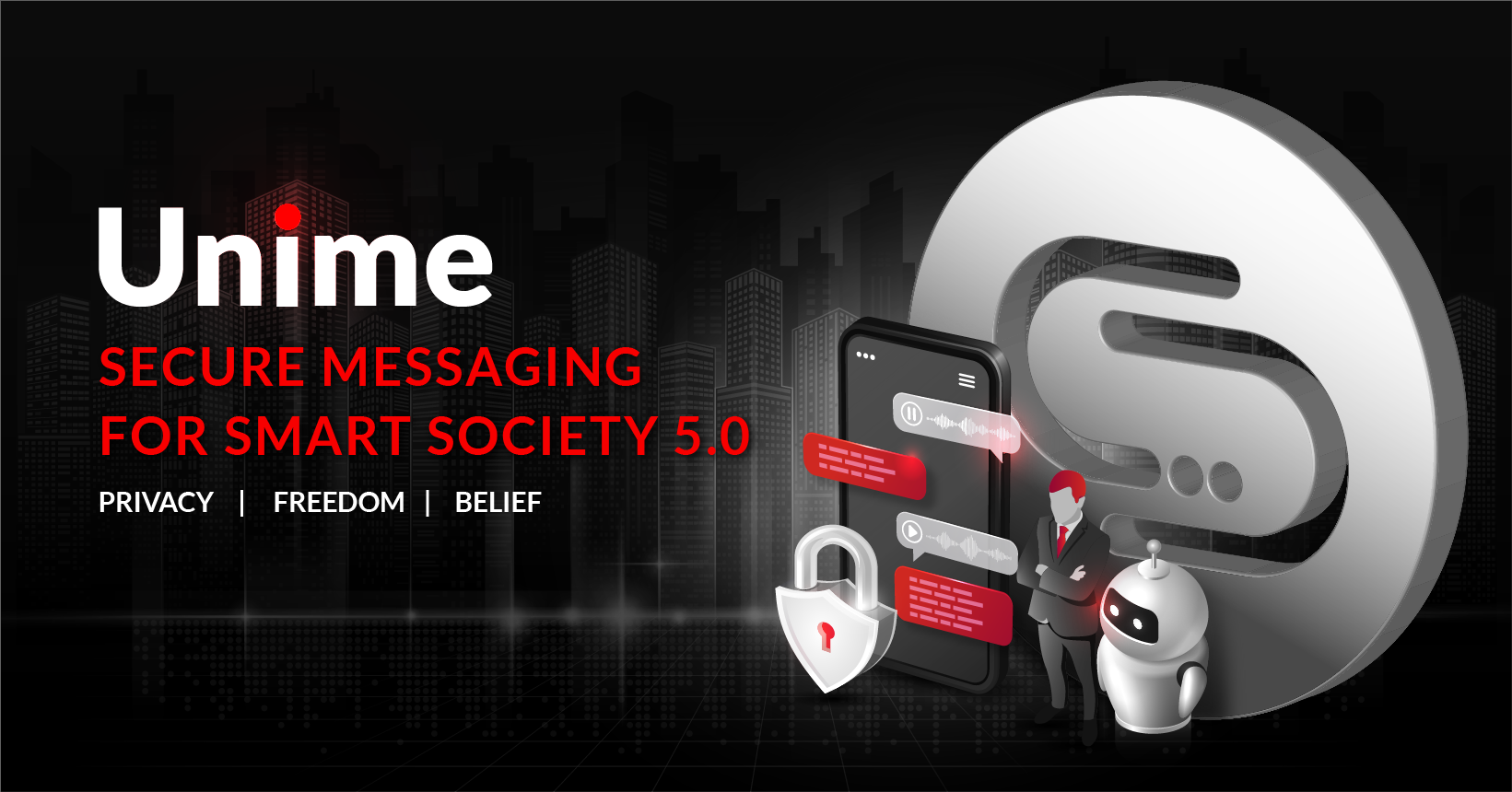 If Zuckerberg and Nakamoto made a messenger, they would have created a chat app which is similar to Unime

UniMe concept is an AI/ Blockchain center for global communication. This is one of the UNW/ Uni World Ecosystem apps that make interacting with the ecosystem simple for end-users.

UniMe may be used as a regular messenger software except that all conversation, data, video/audio are secured through end-to-end encryption. Participants alone can decode and comprehend chat material, audio/video calls. In addition, UniMe may be used to generate a Chatbot or build chatbots, communicate with Bot and AI systems, and manage its blockchain/ crypto wallet hub (top blockchain networks in 2021 such as: UniChain, Tron, Ethereum, Binance Smart chain, Solara, Polkadot, Near…), smart contracts, and decentralized financial service hub.

Being able to chat freely on the internet without fear of your privacy being exploited is no longer a thing of the past with UniMe as the Apple App Store has certified that this software is not linked to your data. UniMe links people and virtual assistants to enhance business and life with features such as wallet payments, verifications and many others you can expect from AI & Blockchain. UniMe is based on the concept of a new era that revolves around humans and strongly advocates for privacy, freedom, and trust. It offers encrypted conversations, a mini virtual assistant and your very own crypto wallet hub. This makes UniMe the perfect secure messaging app for a society 5.0. Back in 2016 the Japanese Government proposed the concept of a smart human-centered society 5 and UniMe is only the beginning of this concept.

UniMe has pretty much revolutionized the world of secure messaging apps by prioritizing privacy when it comes to chatting and calling. Firstly, the state-of-the-art end-to-end encryption is used so that no one, including UniMe, can read your messages or calls. Regular civilians are provided with military-grade security for every text and call. Secondly, the app has been equipped with a personalized AI Bot that is available 24/7. You can also remove any unneeded information on the business card and replace it with the QR code of the virtual assistant assisting you, allowing you more freedom.

Lastly, UniMe has introduced a Blockchain wallet that allows consumers access to new technology to manage their digital assets. Gone are the days where you communicate with someone on one app while making payments on another. UniMe helps you chat to someone whilst making crypto currency transactions making it more convenient, time-saving, and suitable for older and less tech savvy people.

Above all, you can control your digital assets via a secure personal wallet based on Blockchain technology that processes data on the user’s device. UniMe is a super app, the top secure messaging app in 2021 that has integrated two technology platforms, UniBot and UniChain/ UNW which are owned by UniWorld Ecosystem.

How Does UniMe Chat Encryption Work?

UniMe encrypted end-to-end chat app is made using TextSecure (as Signal Protocol) protocol. The procedure may be split approximately into three stages:

Each user communication is encrypted and uses a new message key to offer a high level of forwarding secrecy. The ping-pong pattern of the unique ephemeral Diffie-Hellman keys further entropies this process, aimed at continuously achieving perfect forward secrecy and security after compromise.

As above mentioned,, the protocol can be split as a mutual authentication exchange protocol for many phases.

The secure key exchange protocol for many stages includes the following major steps: 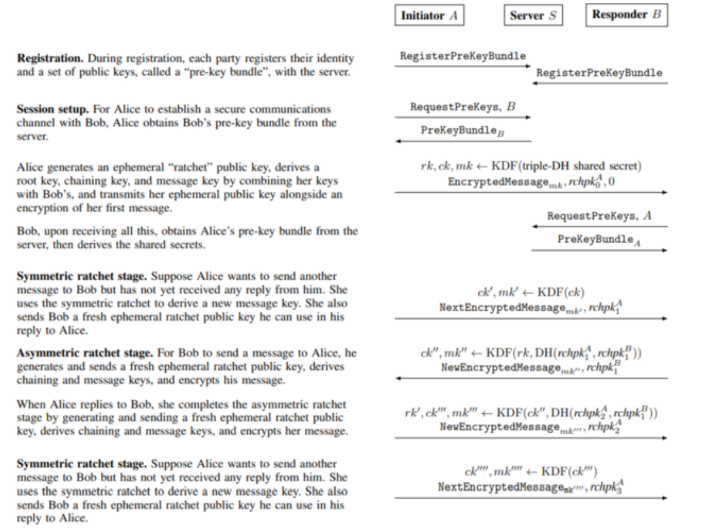 UniMe uses the design of the microservice to improve its scalability and administration. The following picture shows high-level UniMe architecture. 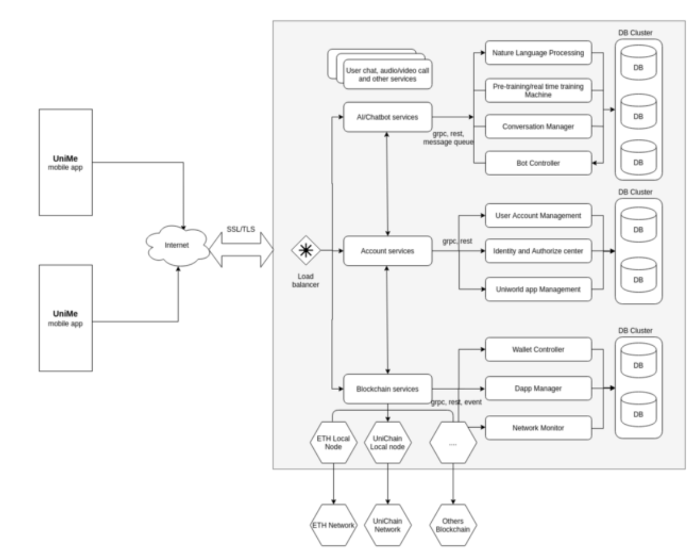 The developer does not collect any data from this app. Users can check app privacy on Apple Store.

UniMe Privacy Messsaging – Defi wallet Hub has completed the initial development phase, and the Application is accessible on the IOS device. It is also available for Android smartphone download and how to use UniMe here.